Rick Findler is an award-winning photojournalist who has covered some of the most dangerous news stories of the last ten years. His work has taken him to Libya in 2011 to document the Libyan civil war, he saw the rise and fall of ISIS in Syria across 2012-2017 and is currently stuck in the UK focusing on the unfolding story that is effecting us all – the COVID-19 pandemic. 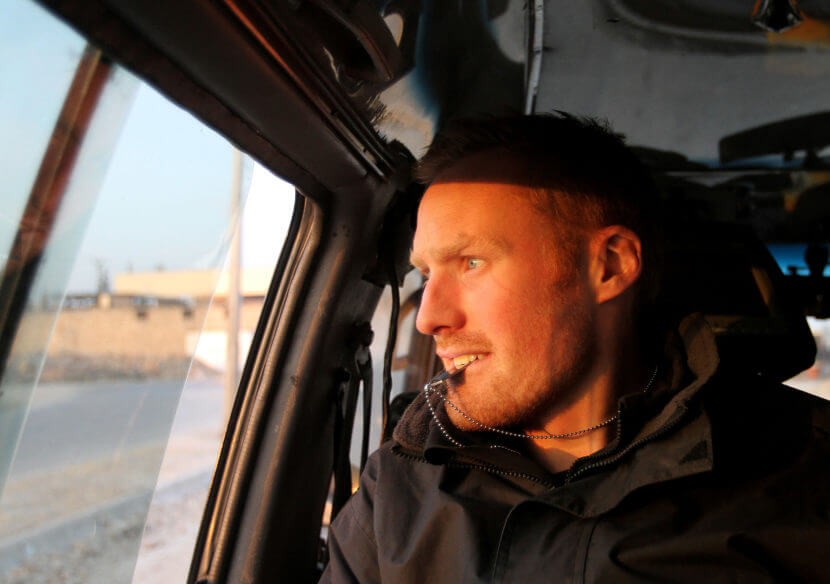 His work is regularly featured in publications such as The Times and The Guardian and is a stringer for The Press Association. Earlier this year his work documenting the Hong Kong protests in 2019 was awarded The People’s Choice Award at The British Photography Awards in January this year.

He attended Wellington from 1997-2002 and was in The Hardinge, then studied Psychology at Bristol UWE and finished with a Masters degree in Photojournalism from Westminster University.

What’s the best piece of advice you’ve ever been given?

When I asked world renowned photojournalist Ron Haviv how to become a war photographer he said, “Just go”. Something that I firmly believe in – just to get there and start taking pictures.

What is the most memorable moment you have captured in your career?

The most memorable moment I have captured in my career would have to be the Free Syrian Army rebels using a make-shift catapult to launch concrete over a wall trying to hit Bashar al-Assad forces. The image summarised the struggles that the FSA were facing during the war, they were under-armed and desperately asking the West for help in the way of weapons and ammunition – a plea which was being unanswered. The image was featured in a number of awards, was exhibited in the National Theatre, and was published across the globe in publications from The Mail Online to Playboy Magazine.

What has been your career highlight so far?

This is impossible to answer, being able to travel to these places and shine a light on to what is happening is the best answer I could give. Every trip is a highlight.

What are you fondest memories from your time at Wellington?

I absolutely loved my time at Wellington. It would be hard to think of specifics. Speech day was good fun: the smell of summer in the air, good weather and a few drinks with your family, friends and their family was always a highlight. Also the sense of community at the College is unique as well – constantly being surrounded by close friends and teachers who are eager to help certainly becomes a rarity as you get older.

Thank you Rick for a fascinating insight into your world.